Benjamin is a monkey character from the exciting games series Bloons Tower Defense who doesn't attack bloons directly but uses his hacking skills to provide extra money. At Level 7, Benjamin receives an attack in which the bloons spawn no children when destroyed, and at Level 10 he gains an ability that downgrades all incoming bloons and doubling cash per pop. The game cursor and BTD6 pointer with Benjamin! 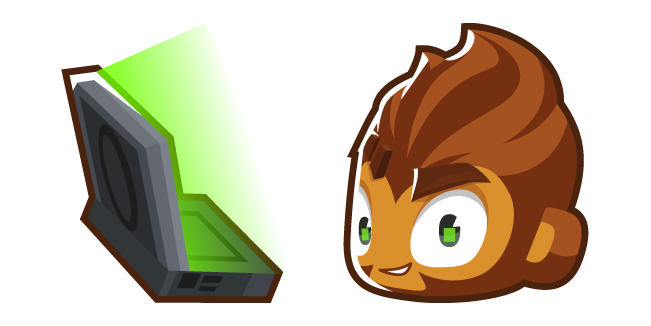