This guy in white boots and a blue police cap with a yellow-orange badge is called Dave Panpa and he is a character from the Henry Stickmin series of interesting games. Previously, Dave Panpa was a police officer, but later he became a security guard due to getting fired as a result of Henry's escape. Interestingly, that Henry escaped thanks to a box that was sent to prison and which Dave Panpa had to check but didn't, which is why he was fired. The game cursor for a mouse from Henry Stickmin with Dave Panpa and Box! 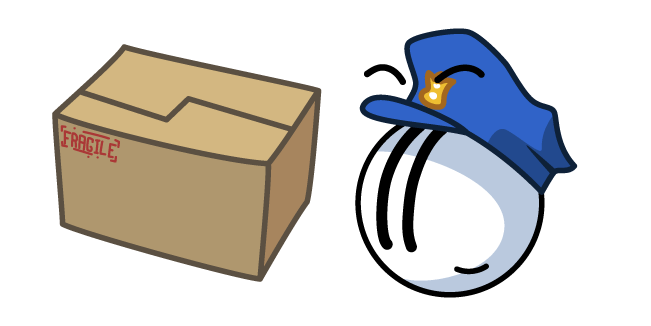