This man with black hair, sideburns, a dark green police hat, shoes, and a pistol is called Rupert Price and he is a police officer in Henry Stickmin's adventure games. Rupert worked in the police for 8 years, after which he joined the military because he believes that he could have done more there. He is a very serious, determined, and loyal member of the military who undertakes intense missions. The Henry Stickmin cursor and game pointer with Rupert Price and Pistol! 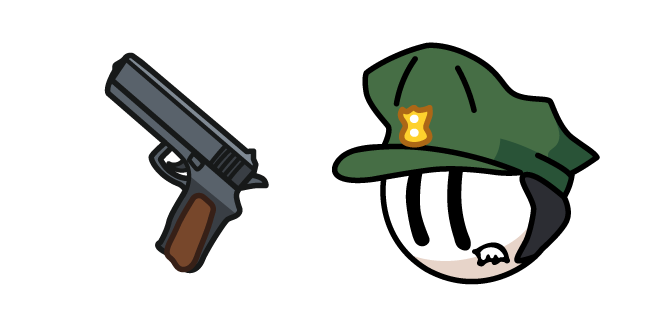