This guy in a dark green top hat and wrinkles on his forehead is called Mr. Macbeth and he is a member of the Toppat Clan who has VIP status from the Henry Stickmin series of interesting games. Mr. Macbeth plays the role of the train conductor who transports the remaining clan members and all their resources to the Toppat Orbital Station. He is a very serious clan member, who never joking and even smiling. The main weapon of Mr. Macbeth is the gun AR-15 style rifle with a flat top and a laser. The game cursor for a mouse from Henry Stickmin with Mr. Macbeth and AR 15 Style Rifle! 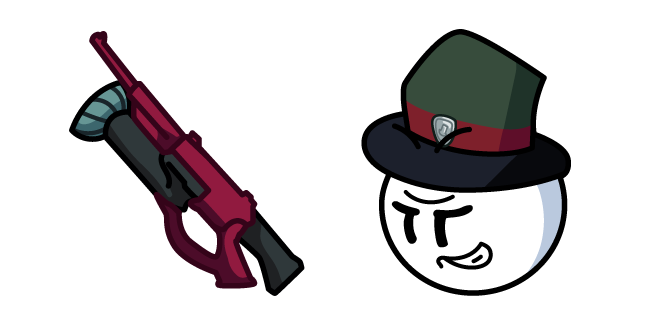