This energetic girl with red eyebrows, lips, short red hair, and cream-colored shoes is named Ellie Rose and she is the only female character in the Henry Stickmin series of interesting games. Ellie plays the role of a prisoner and later Henry's friend. She is a member of the Toppat clan, serious and straightforward, loves fighting, missions, and battles, comes up with detailed plans, and also demonstrates good logic. If you like the Henry Stickmin series of fun games, especially the character Ellie Rose wearing a pink Toppat Hat with a purple rose, then enjoy this game cursor from Henry Stickmin with Ellie Rose and Toppat Hat! 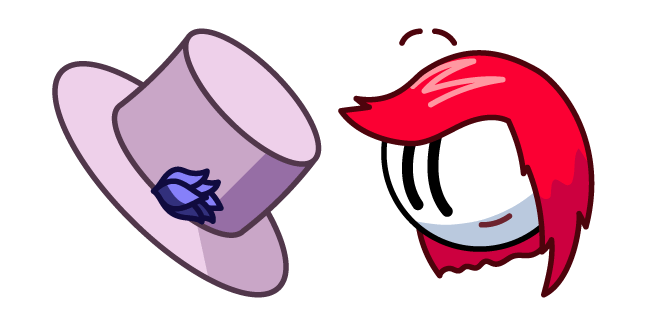