This guy with a big brown cowboy hat and a sniper rifle in his hand is called Jack Doogan and he is a sniper who works with the Toppat Clan in the adventure game series about Henry Stickmin. Jack's main task is to guard the rocket and shoot Henry down when he tried to break the glass. Jack Doogan is originally from New Zealand and has a strong accent. The Henry Stickmin cursor and game pointer with Jack Doogan and Rifle! 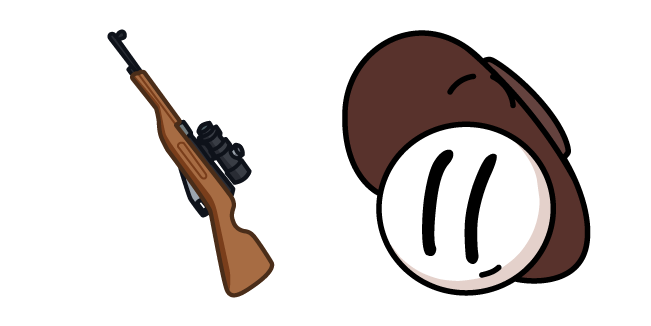