Franz Pferd is a minor character in Fleeing the Complex in the Henry Stickmin game, who has appeared only in the Presumed Dead pathway. He is one of the guards at The Wall with Karl Pinkerton and Gnewt Stonehee who never attempt to attack Henry. He is seen wearing a grey Wall Hat and Green shoes, with Black Moustache, and having the Spear of Shocks. Game cursor with Henry Stickmin Franz Pferd. 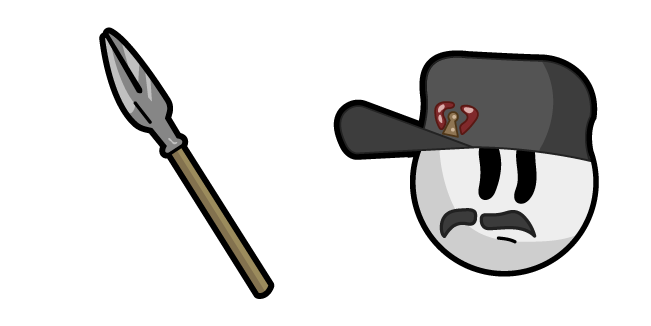