Psi is a Hero in Bloons TD 6 who was added to the game in update 26.0. This character features psychic vibrations, that are used to stun and destroy singular Bloons but initially cannot affect Purple, Lead, and Ceramic or stronger. Psi's psychic attack will attack bloons from any range based on their target priority, and the attack always ignores Line of Sight. Once a bloon is affected by its psychic attack, the bloon will become shocked in place and eventually die off in full. Fanart Bloons Tower Defense 6 Psi cursor pack. 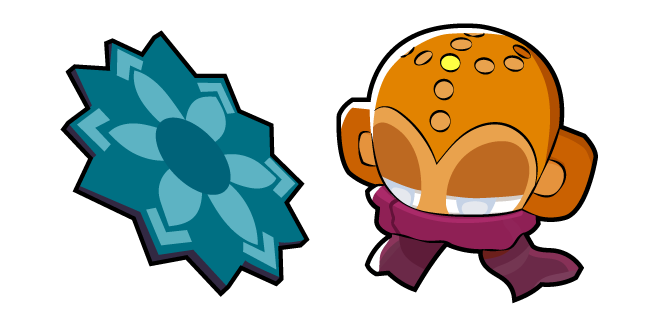