Tower Cave Monkey was first introduced on Version 17.0. It is unlocked for a single game upon breaking apart the frozen Cave Monkey on Frozen Over by repeatedly bombarding it with a Mortar Monkey for a total of 30 or more times. Upon breaking the ice, the Cave Monkey spawns close to the entrance of the track. Also, it attacks using a wooden club, which pops 1 layer and stuns bloons. Bloons Tower Defense 6 cursor pack with fanart Cave Monkey game cursor. 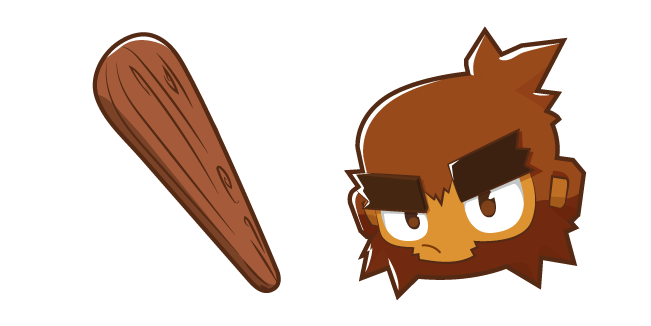