Admiral Brickell is a Hero in Bloons TD 6, the first purely water-based hero in the game. She dispenses mines into nearby water and fires from her revolver. Her weapon is a revolver, that pops one bloon at a time and initially deals 3 damage per shot. Each mine is dispensed around nearby water every 3 seconds and lasts for up to 2 rounds. Bloons Tower Defense 6 cursor pack with Admiral Brickell game cursor. 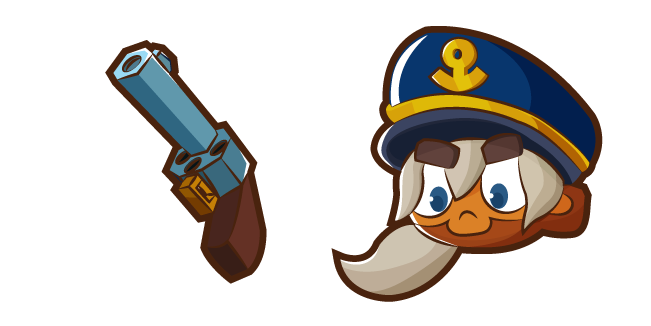