Gwendolin is a Hero who first appears in the Bloons TD 6 Generation, starting with BTD 6. She is the second one to be released for that game generation. She has since subsequently appeared in later games. Furthermore, she is a tomboyish pyromaniac with pinkish red and yellow dyed hair which are tied with a bandana, but also is very enthusiastic about fire. Bloons Tower Defense 6 cursor pack with fanart Gwendolin game cursor. 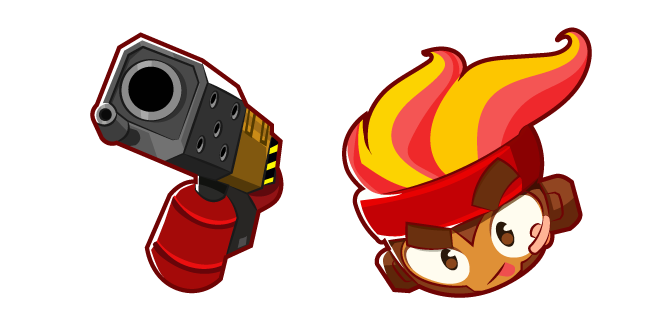