Lui Caliber is a cool YouTube gamer and Twitch streamer who lives in San Diego and is known for his high-pitched squealing voice, which he uses in videos to impersonate an innocent child. Lui Caliber joined YouTube in 2009, and most of the time he shoots GTA (Grand Theft Auto) gameplay, actually the funny moments with his gang of friends. His GTA character wears the famous brown monkey mask and Canadian parachute bag. The cool YouTuber cursor for a mouse with Lui Caliber! 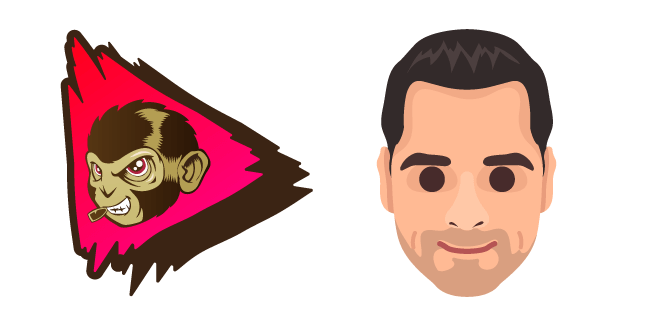