Come and enjoy our scary fairy tales! That's what would all characters from the Unikitty series sing about. This song is from the Scary Tales episode of the first season of Unikitty!. During the gang's Halloween party, Unikitty discovers Rick isn't scared of anything. To get him excited, the gang tells a scary story hoping to frighten Rick just once. There, Princess Unikitty wears a witch's hat, and her loyal pal Puppycorn has a Jack-O'-Lantern pumpkin with its carving on the head. Fanart Unikitty! Halloween Unikitty and Puppycorn cursor pack. 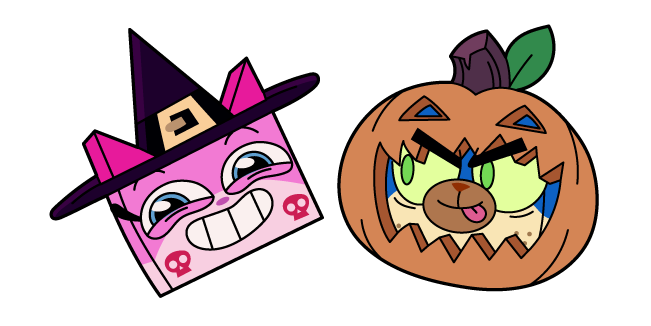