Craig, despite her name, is a female moose that debuted in the Spoooooky Game episode of the UniKitty series. The character from our fanart Unikitty! Сraig cursor pack grows pizza and other foods on her farm. Craig wears a blue dress or apron and a light blue shirt underneath. She also wears red work boots and a soft yellow sunhat with a red band that sits on top of her horns. Unlike other citizens of this magical world, she has colored eyebrows, thick brown ones. 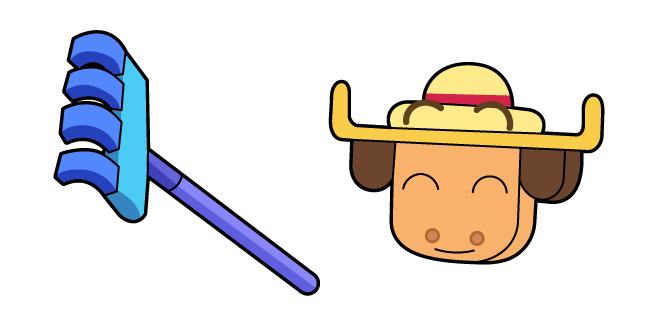