The 332nd Company in the Star Wars universe is a division of the 501st Legion of the Grand Army of the Republic. The 332nd Company was formed during the Clone Wars from clone troopers equipped with Phase II clone armor. Troopers had a white and orange pattern on their helmets that mirrored skin tones and the standard weapon was the DC-15 blaster. The Star Wars cursor for a mouse with 332nd Company and DC-15 Blaster! 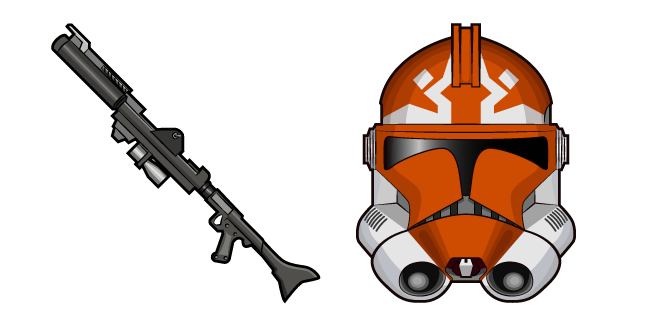