Tobias Beckett is a character in the film “Han Solo: A Star Wars Story”. Beckett was a mentor to Han Solo, a young soldier and the main character of the film. Tobias Beckett is a blameless thief, one of those people who survive in any situation, making his way forward. He is a professional in his field, who has assembled a team of specialists to carry out risky but profitable scams. He used many blasters, including the RSKF-44 blaster. Mouse cursor with the professional thief and shooter Tobias Beckett and his RSKF-44 blaster from “Han Solo: A Star Wars Story”. 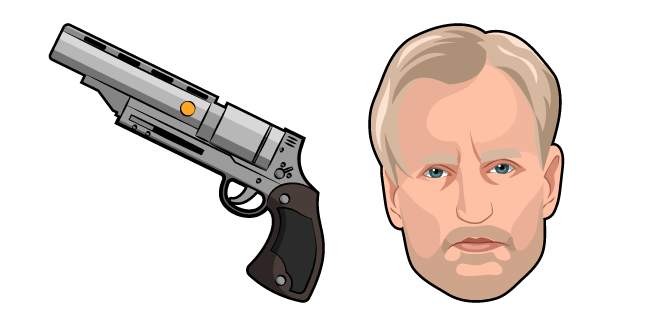