A funny meme cursor called Patrick I Want an Award is based on an episode of the interesting cartoon series SpongeBob SquarePants. In this episode, Patrick becomes very upset and jealous of his friend's many awards, after which he begins to act like SpongeBob and works at the Krusty Krab restaurant, trying to get his award. Would you give Patrick a gold award for being such a cute, cool and ridiculous character? 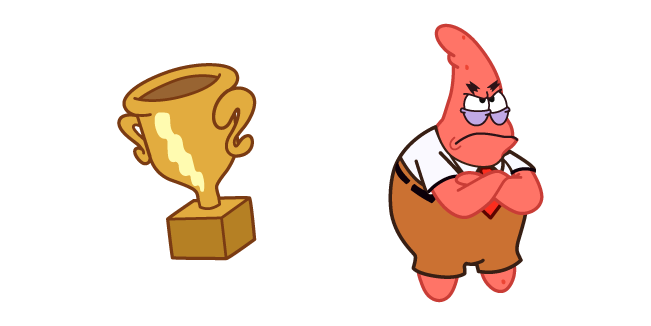