Who lives on the bottom of the sea? Right, SpongeBob SquarePants. But where does he actually live? Right, SpongeBob's house is a pineapple under the sea. The only living creatures in this house are SpongeBob and Gary. It even has its own story. It was revealed, that the fruit fell off a ship that was navigating the area and landed on Squidward's garden and that's how this house appeared. SpongeBob cursor pack with fanart Pineapple House pointer. 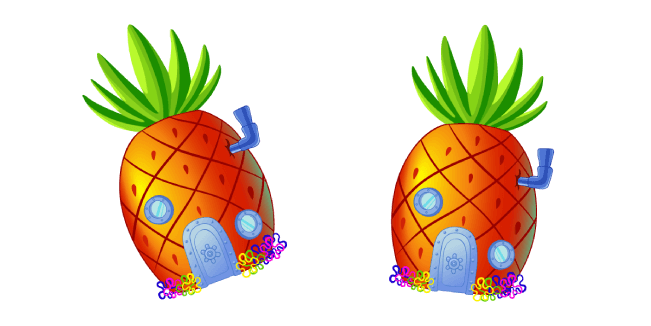 How Many Times Do We Have to Teach You Curseur

Mrs. Puff As if I really look like this Curseur