Vector the Crocodile is a character that appears in the anime series Sonic X and its comic series published by Archie Comics. He was the leader of the Chaotix Detective Agency with Espio the Chameleon and Charmy Bee. He is a large, green-skinned crocodile with spiky red scales down his tail and goldenrod-colored eyes, and his body resembles an S-shape. Sonic cursor pack with fanart Vector the Crocodile cursor. 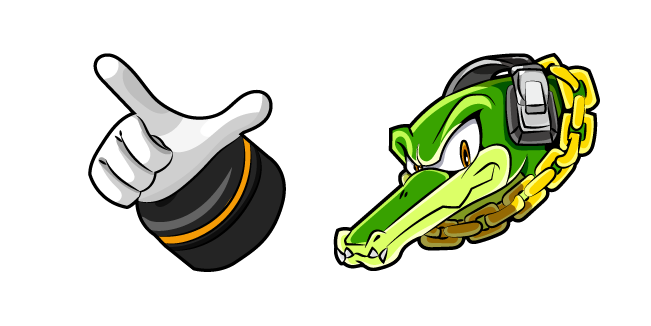