Caliburn is a character from the Sonic the Hedgehog game. It is a wise and talking weapon and the legendary sacred sword that protects England from danger in the world of Camelot. He is also the one who decides who gets to be crowned the monarch of England. He had a huge role in King Arthur's rise to kingship, but later Caliburn became the Hedgehog's ally to stop Arthur's reign of terror. Sonic the Hedgehog cursor with Caliburn. 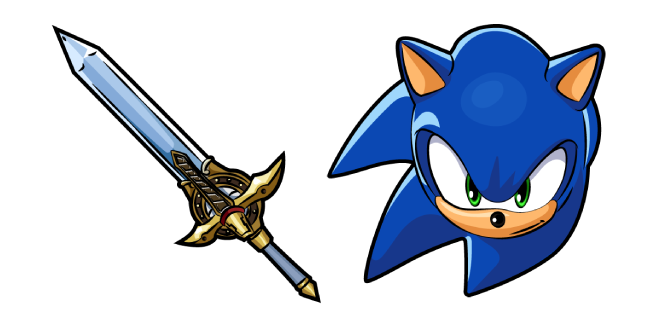