Princess Sally Alicia Acorn is one of the main characters in the Sonic the Hedgehog comic series. Having an appearance of a mobian squirrel-chipmunk, she is the younger daughter of the former king Maximillian Acorn and former queen Alicia Acorn, and younger sister to the current king, Elias Acorn. Princess Sally is also known as the leader of the Freedom Fighters. Sonic cursor pack with fanart Princess Sally Acorn pointer. 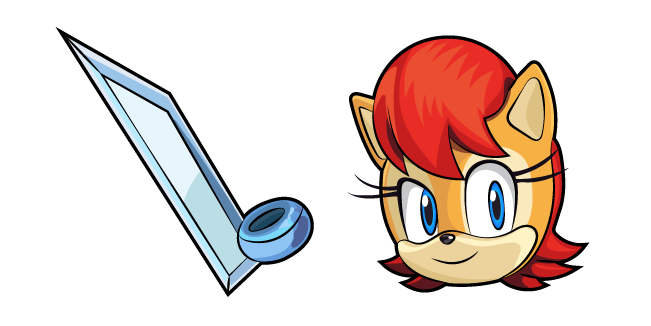 Sonic Nimue The Lady of the Lake Curseur