Who is considered a popular and outstanding movie character? Of course, the main father of the family Homer Simpson in the funny animated series The Simpsons. Who is considered one of the most popular Halloween figures? Of course, this is a vampire - a creature from mythology in the image of a bat who drinks the blood of people and leads a nightlife. So everyone's favorite fat bald character Homer Simpson decided to dress up for Halloween as a vampire, but instead of blood, Homer got dirty with ketchup from his favorite hot dogs. Enjoy this Halloween cartoon cursor for a mouse from The Simpsons with Homer Vampire and Hot Dog! 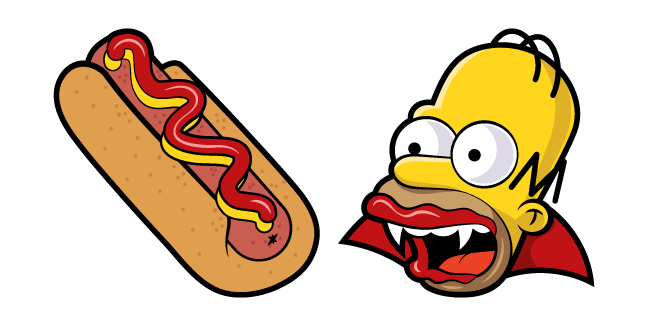