This balding man with fiery red hair, a beard, and a shovel in his hand is called William MacDougal and he is the janitor of Springfield Elementary School in the hilarious animated series The Simpsons. Groundskeeper Willie cleans the halls and supervises the children during recess. He usually wears blue overalls and a traditional Scottish outfit with a kilt for the holidays. Willie is a very hot-tempered but open-minded person who has a Scottish accent. The Simpsons cursor and cartoon pointer with Groundskeeper Willie and Shovel! 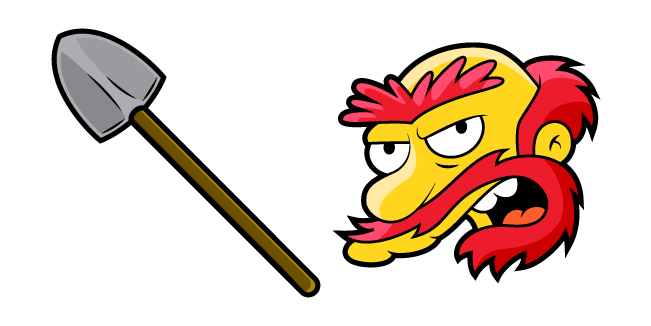