This guy with fair skin and curly blue hair is called Melvin Van Horne, but he is better known as Sideshow Mel from the hilarious animated series The Simpsons. He is a sidekick on The Krusty the Clown Show and speaks with a strong Shakespearean accent outside the stage character. Sideshow Mel wears a leaf skirt, brown boots, a necklace, and uses a whistle to communicate on camera. The Simpsons cursor and cartoon pointer with Sideshow Mel and Whistle! 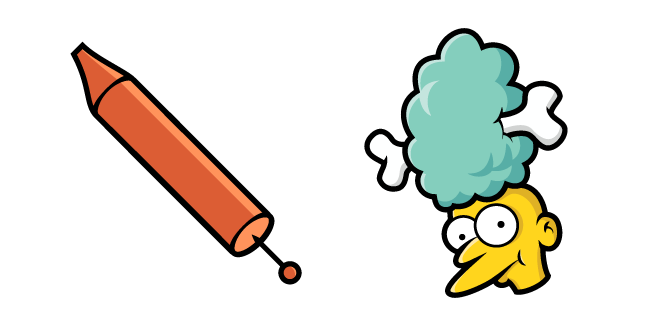