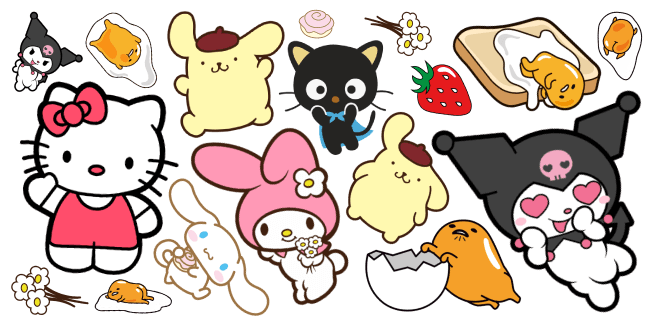 Sanrio is a well-known Japanese company that produces and manufactures kawaii products and is owned by Shintaro Tsuji. Originally called the Yamanashi Silk Company in 1690, the company changed its name to Sanrio in 1973 after the firm expanded to include floral rubber sandals and Shintaro noticed that the cute design on the product increased sales.

Owner of company Shintaro Tsuji with his family went through the difficult years of World War II, and therefore he decided to give people a little joy after these long hard years by opening a store from which no one left empty-handed, because all the products were inexpensive and cute, therefore, buyers took them away as gifts for their close people. After some time, Shintaro Tsuji decided to come up with a new character that everyone would love. So, as a result of long work, in 1974 there was a famous, lovely white kitty with a red bow - Hello Kitty. Two years later, Hello Kitty was registered as a trademark and gained huge popularity for its simple wallet with its own image.

Hello Kitty's world includes her all family, and other Sanrio characters: the mouse Joey, the sheep Fifi, Daniel Starr, Pompompurin, the bear Tippy, Chococat, the squirrel Rorry, Cinnamoroll, Gudetama, the cat Charmy Kitty, the hamster Sugar, and many more.

In this way, Shintaro Tsuji fulfilled his dream of giving people something kind and pretty. And we want to give you the fanart Sanrio cursor collection, which has cute cursors with Gudetama, Pompompurin cursors, various cursors with Hello Kitty, Cinnamoroll, and many more.

Wish Me Mell and Bag Curseur

Halloween My Melody and Candy Curseur

Sayuri the Octopus and Hangyodon Curseur

My Melody and Harp Curseur

My Melody and Flowers Curseur