Azuki is a character of the Cinnamoroll universe, especially in Cinnamoroll: The Movie, where this cutie was voiced by Masako Okochi. She has appeared as part of the group Cinnamoangels, a trio of Sanrio characters formed by the stylish puppies Mocha, Chiffon, and Azuki. Azuki is depicted as a cream puppy with pink wing-shaped ears. She wishes that in the future she will become a true Japanese lady, but for now, she is just a kawaii Sanrio cursor pack with a cute Azuki cursor. 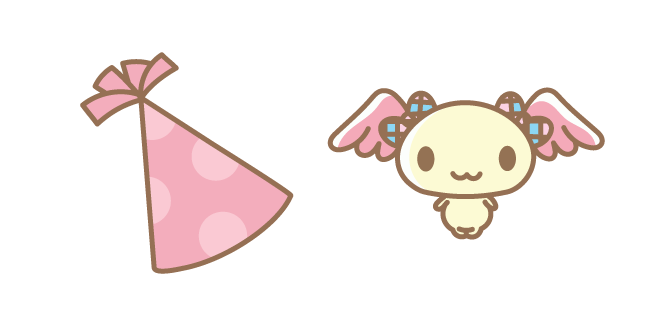