This little white fluffy puppy with blue eyes and blush on the cheeks is called Cinnamoroll and he is the character of Sanrio. He has long ears with which he can fly, and a curled tail which looks like a cinnamon roll, after which the character was named Cinnamoroll. This cute puppy was born on a cloud in the sky, he was seen and taken by the owner of Cinnamon cafe, where Cinnamoroll became popular with customers and became the official talisman of the cafe. Enjoy this pretty custom mouse cursor from Sanrio with Cinnamon Roll and Cinnamoroll! 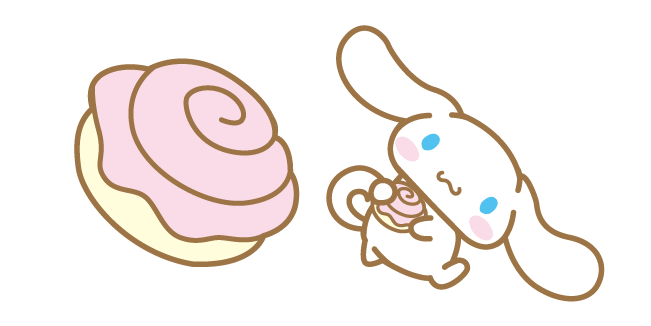 Wish Me Mell and Bag Curseur