Origami is a type of Japanese art of folding figures from paper, which has historical roots in ancient China, where the paper was invented. Earlier, people of the upper classes did origami, because a sign of good manners was the possession of the paper folding technique. Often birds are made from origami because it is a symbol of freedom and soul. We also decided to make a purple origami bird in the form of a custom cursor Purple Origami Bird for a pointer! 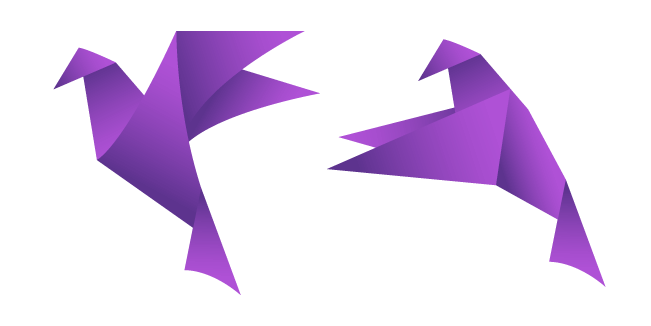