Probably, this combination reminds you of Albus Dumbledore as a Harry Potter series great magician with his white long beard and his robe, and Godric Gryffindor - one of the four founders of Hogwarts School of Witchcraft and Wizardry. But the way, his surname is a variation on the French griffon d'or - golden griffon, a mythical animal which you can see here. We made them from folded paper and now it is an Origami cursor with blue Magician and orange Griffin. 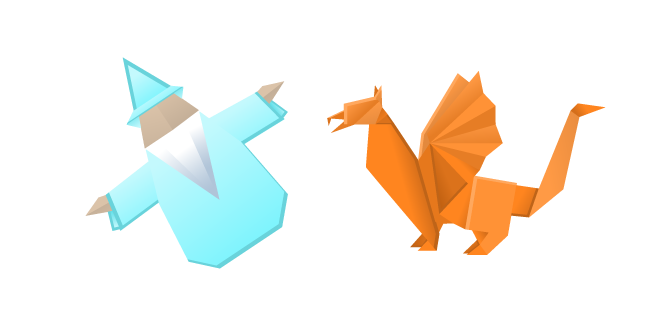