Hadrosaurus was a herbivore that lived in the Cretaceous period and inhabited North America. Its fossils have been found in places such as New Jersey, Montana, and North Carolina, so we used them to recreate the incredible creatures in a new way - as an Origami Hadrosaurus cursor pack, which you can see and use any time you wish. Their main feature is the forelimbs which were not as heavily built as the hindlimbs but were long enough to be used in standing or movement. 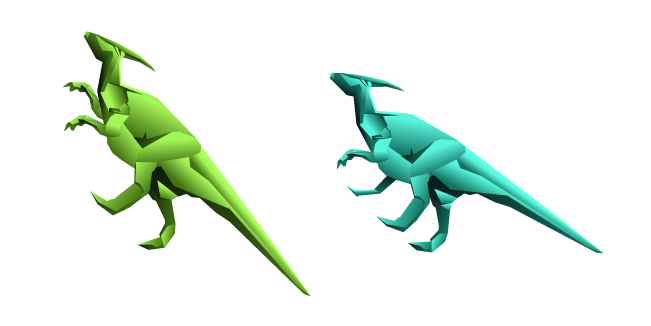