Tōji Suzuhara is the anime character of the Neon Genesis Evangelion franchise, the Fourth Child, a friend of Shinji Ikari, and selected pilot of Evangelion Unit-03. Sometimes he can be pretty rude and violent with others, but later he understands his fault and frankly asks for apologies - as it was in the situation with Shinji. After that, they became true and helpful friends. Neon Genesis Evangelion anime cursor with Tōji Suzuhara and Onigiri. 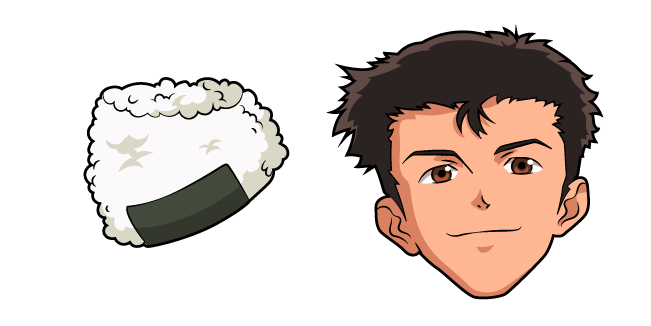