This guy with red eyes and white hair is called Kaworu Nagisa and is the Fifth Child and seventeenth Angel in the popular manga and anime Neon Genesis Evangelion. Also called Tabris, he was sent to NERV as a replacement pilot for Unit-02 where he achieves impressive results. Tabris shows a great interest in human culture, he is sociable, calm, and open to everything. The anime cursor for a mouse from Neon Genesis Evangelion with Kaworu Nagisa and red weapon Spear of Cassius! 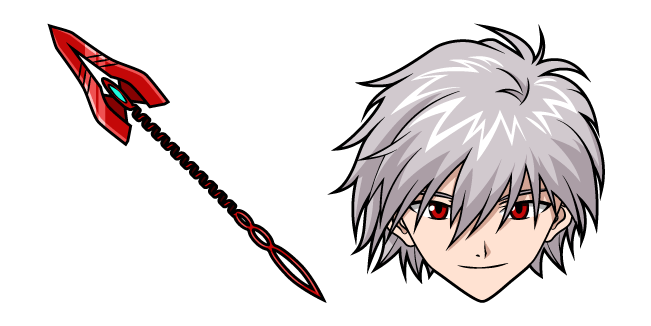