Carol Cross is an elite member of the Toppat Clan - a worldwide known criminal organization. Carol is shown to be very strict, as stated in her bio card. Her name refers to a Scooby-Doo character, Carol Colossal. Her appearance is a regular stick figure, with pink shoes, long-ish grey hair, and a dark green top hat and has big eyelashes. The Henry Stickmin game cursor with Carol Cross and Hat. 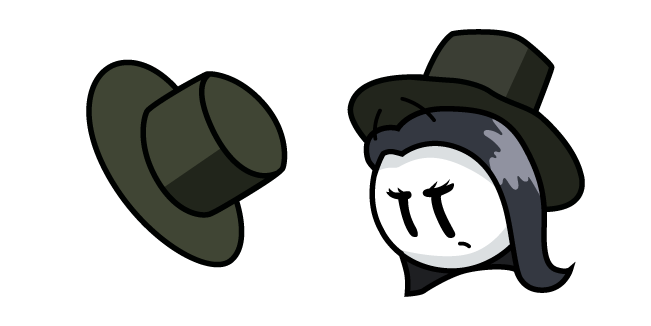