Right Hand Man is a character with a top-hat and red mustache from the Henry Stickmin series of interesting games, who is a member of the Toppat clan and the main assistant to the leader, Reginald Copperbotom. This cool character in some pathways of Completing the Mission, after his defeat turns into a cyborg and now called Right Hand Man Reborn. His left face becomes cybernetic, his legs can turn into a rocket engine, and his left eye can function as a sight, magnifier, powerful laser, and even a walkie-talkie. The right hand can turn into a laser or into a long and wide blade that moves very quickly and hits hard. The game cursor for your mouse named Henry Stickmin Right Hand Man Reborn! 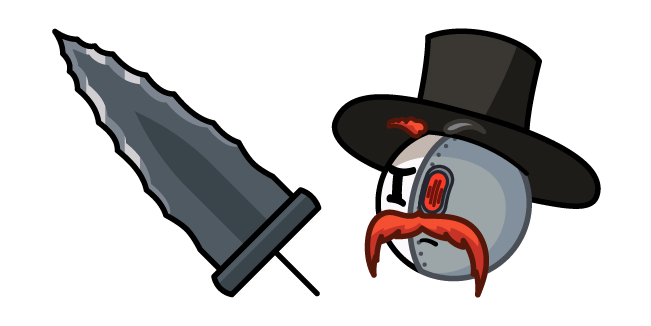