This pretty young woman with red hair is named Anna and she is a recurring character in the tactical role-playing game series Fire Emblem. Anna is a very cheerful and whimsical girl, who tends to do things her own way and appeared in all games in various support roles. She can always be seen in a trademark pose with an index finger on her face and a sly smile. Fire Emblem cursor and game pointer with Anna! 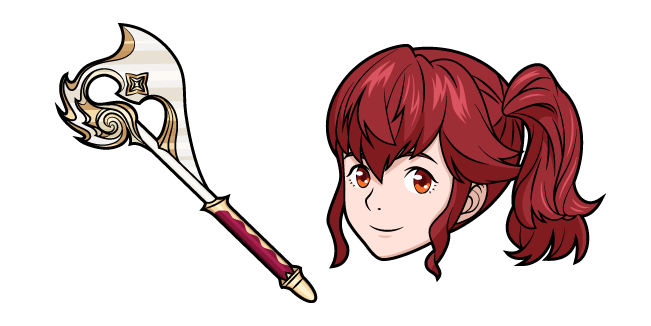