Edelgard is one of the main and playable characters in Fire Emblem: Three Houses. She is the princess and the future emperor of the Adrestian Empire. She has a Minor Crest of Seiros in her possession. In the Officers Academy, Edelgard is the leader of the Black Eagles. Her weapons are axes. She is one of five who learns Dark magic and is one of two characters who learned a mix of Dark and Black Magic. A Fire Emblem game cursor with Edelgard and Axe. 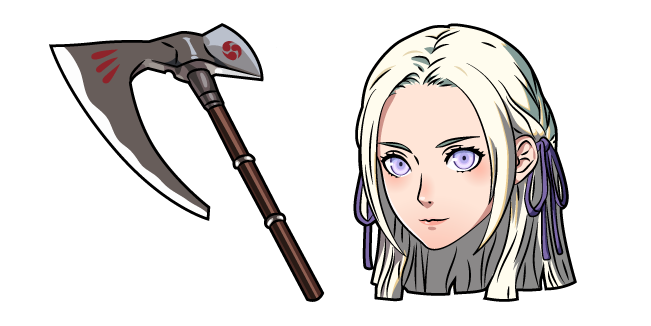