This cute girl with green hair is Flayn, a playable character from Fire Emblem: Three Houses and Fire Emblem Warriors: Three Hopes. She possesses a Major Crest of Saint Cethleann. Flayn is Seteth’s younger sister. She began living at Garreg Mach Monastery in Imperial Year 1179. She is not a student, though she wants to become one someday. The Caduceus is a Staff introduced in Tokyo Mirage Sessions and our fanart Fire Emblem Flayn and Caduceus Staff cursor pack. 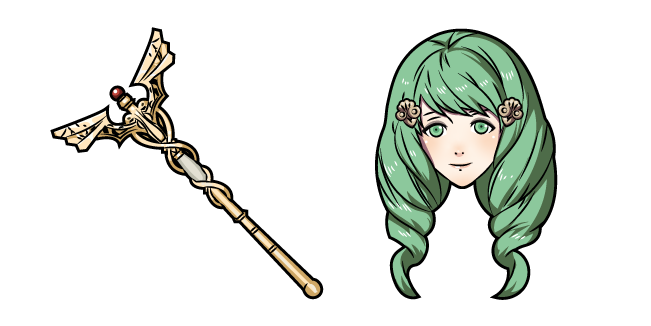