The Devourer of Gods is shown as an extremely powerful boss from the Terraria Calamity FNF mod. This blue creepy creature is a force to be reckoned with, being a huge worm entity given that literally devours gods. In his origin mod, this character is a post-Moon Lord boss that is intended to be fought after all the Sentinels of the Devourer have been defeated. Friday Night Funkin' cursor pack with fanart The Devourer of Gods game cursor. 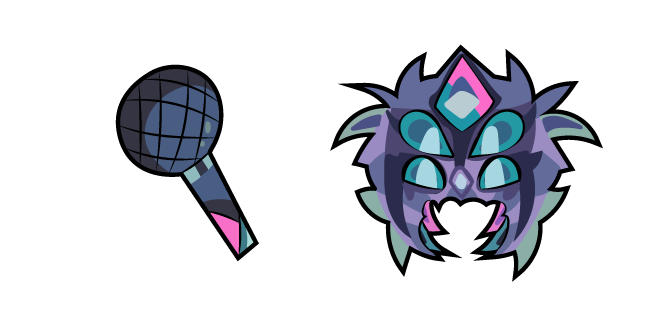