Bandu appears as one of the lead characters in Dave And Bambi: Golden Apple fan mod created by Grantare. He appears very similar to Expunged during Cheating, but Bandu wears a green shirt, dark blue pants, a green hat, and has 11 phones spinning around him during the first part of Applecore. His expression changes into a sad expression, and he drops all of his spinning phones. Friday Night Funkin' cursor with Bandu fanart game cursor. 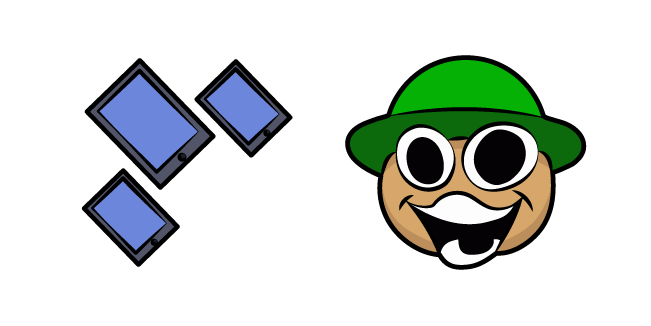