Shadow Freddy is a mysterious shadow variant of Freddy Fazbear from the game series Five Nights at Freddy's that appears when all the animatronics leave the room. Shadow Freddy looks like a dark purple anthropomorphic bear with a black top hat and a microphone in his hands. Shadow Freddy is a very mysterious and dark character who has a large head and empty eye sockets with white pupils. The FNaF cursor and game pointer with Shadow Freddy! 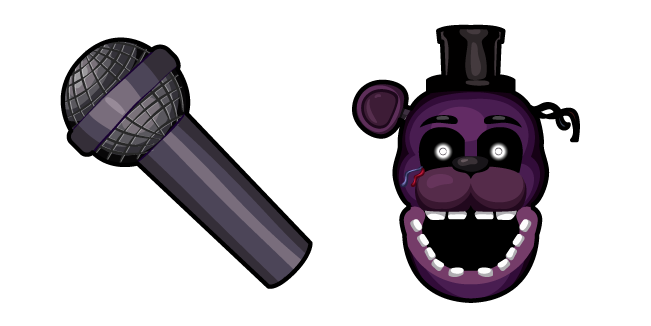