Lena is a slim female teenage duck with white hair, which is pink at the end, who wears a teal collared shirt with a black long-sleeved shirt with gray stripes over it, and light green laced shoes with the tip being white. She is the niece of Magica DeSpell, the older adoptive sister of Violet Sabrewing, and the adopted daughter of Ty and Indy Sabrewing. She was born on Mount Vesuvius. DuckTales cursor pack with fanart cartoon pointer Lena Sabrewing. 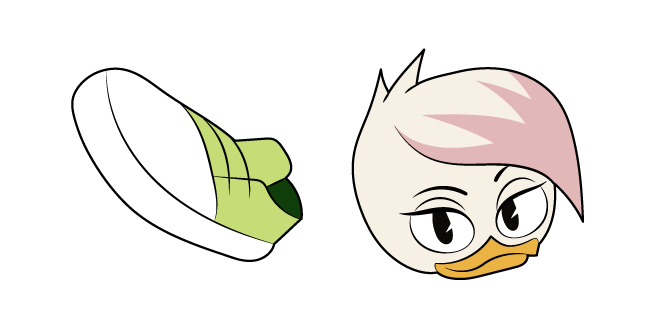