This cute little duck in a casual blue long-sleeved shirt and with tousled hair is called Dewey and he is one of Donald Duck's nephews triplets in the animated television series DuckTales created by Walt Disney. He is the most restless of the triplets, full of enthusiasm and an adventurer at heart. Dewey, like his uncle Scrooge, dreams of becoming a famous adventurer. Dewey has his own online talk show called Dewey Dew-Night! The cartoon cursor and pointer from DuckTales with Dewey Duck and Dewey Dew Night! 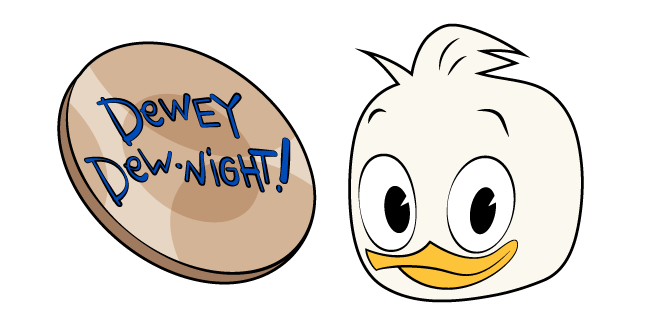