Violet Apollonia Sabrewing is a character that first appeared in the second season of DuckTales 2017 episode Friendship Hates Magic. She is depicted as a violet hummingbird with a dark purple beak, freckles, and talons, purplish-black hair with the tip being curly and the end being in a bun with a dark green band, and blue eye shadow. Violet speaks in a very proper, intellectual manner. Fanart DuckTales cursor pack with Violet Sabrewing pointer. 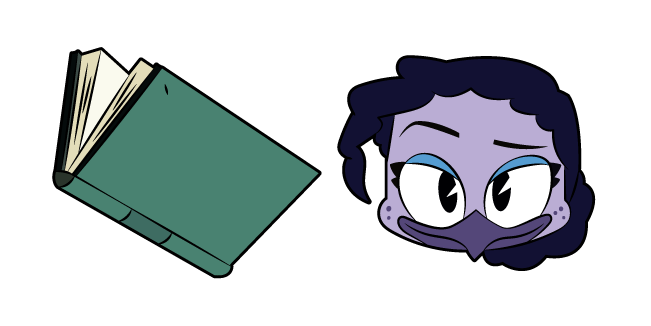