The Phantom Express in Cuphead is the boss that appears in Inkwell Isle Three and consists of Blind Specter, the Conductor, the Lollipop Ghouls, and the Head of the Train. Blind Specter looks like a light blue ghost with eyes on the palms, the Conductor is a huge skeleton with a hat, the Lollipop Ghouls look like lollipops, and the Head of the Train has a blue face and gray body. The Cuphead cursor and game pointer with Phantom Express! 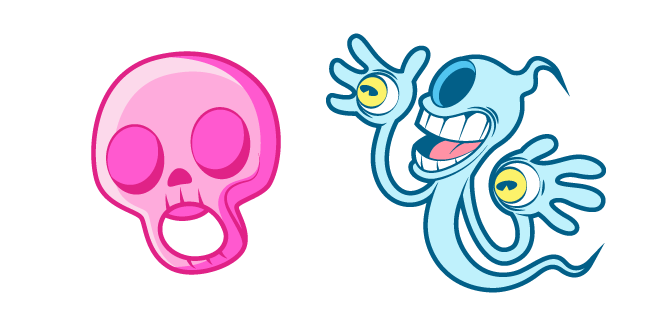