This crazy animal from our fanart Cuphead Hopus Pocus cursor is a mini-boss that appears in the boss fight for King Dice when landing on Space 5. He is depicted as a white rabbit dressed in a blue tuxedo and wears a red bow tie and white gloves. Hopus has large yellow eyes with blue irises. He hides in a top hat and wields a magic wand. This character is a stage magician, although he also seems crazed, as it is demonstrated by his eyes, body language, and giggles. Cuphead Hopus Pocus 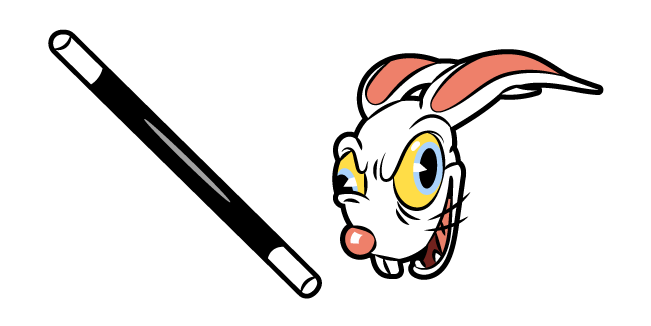