Goopy Le Grande is one of the first bosses players encounter in the Cuphead game. Incredibly narcissistic and overconfident in combat. Goopy Le Grande is always commenting on how handsome he is, and he is just a blue slime blob with a small red nose. He grows bigger as player damages him to a double size, and when Goopy Le Grande is defeated he is visualised like a grey gravestone with his blue face and a RIP sign. A fanart Cuphead cursor with Goopy Le Grande boss! 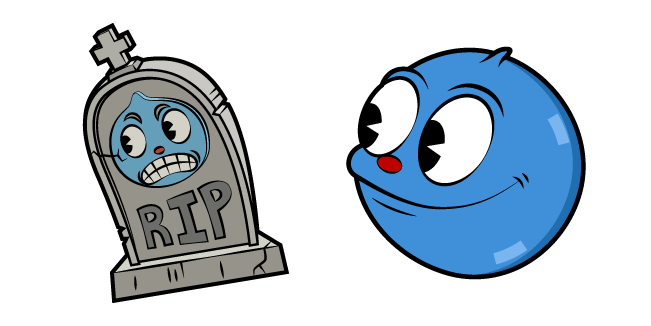