Lord Gob Packer is introduced as one of the mini-bosses fought in Sugarland Shimmy level of Inkwell Isle Two in the Cuphead game. He can be summoned by Baroness Von Bon Bon, the level's main boss. This character looks like a large gobstopper with the red-colored outside shell used as one of the color layers in his so-called mouth, with multiple inside layers colored in yellow, white, blue, and again white. Cuphead cursor pack with fanart cursor Lord Gob Packer. 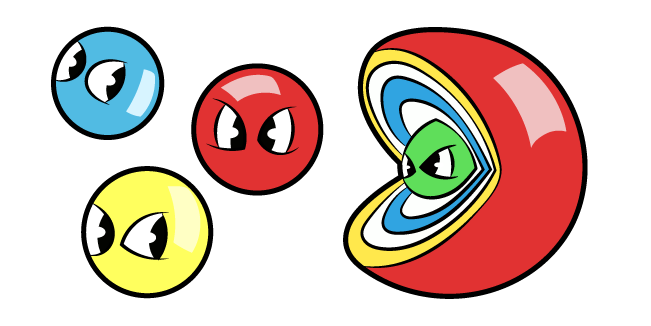