The Devil is a game character and the final boss of the Cuphead game and is also shown as the ruler of the Inkwell Hell. He has black fur and yellow eyes, with gray horns on his head and gray hands. The Devil is tall and huge. He is a cruel and malevolent character that grants deals to anyone who asks for a favor in exchange for their souls. The Devil is a manipulative trickster turning Cuphead and Mugman into his slaves. A Cuphead game mouse cursor with The Devil and Trident. 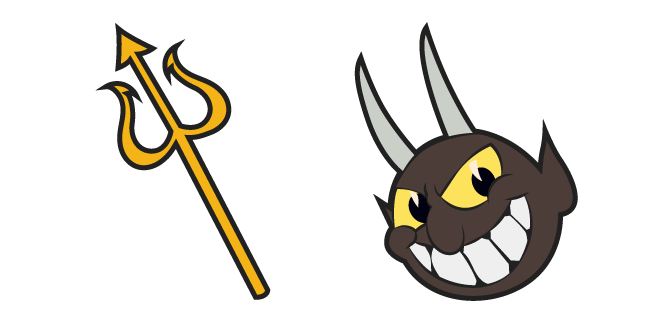