Basketball is a female contestant in Battle for BFDI and now competing in The Power of Two on the team The Strongest Team on Earth. She was first recommended by Alexlion0511 et al. in A Leg Up in the Race in BFDI. Basketball is also one of the thirty recommended characters who got a chance to join the game during The Reveal and Reveal Novum but failed. She has an appearance of an orange rubber air-striped basketball. Battle for Dream Island cursor pack with fanart Basketball cartoon pointer. 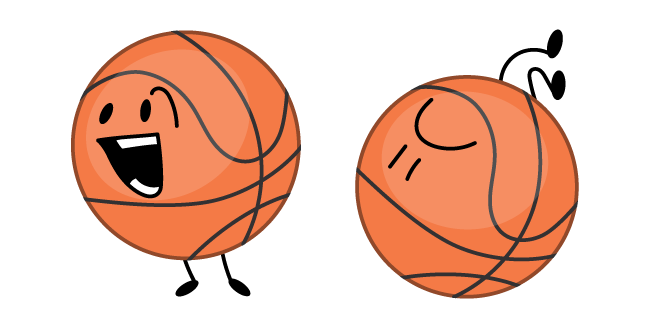