Blocky is also known as Building Block in the first few books of Total Firey Island, in the Firey Character Chart, and is a male competitor in Battle for Dream Island and Battle for BFB. Blocky looks like a red hardwood toy building block. In the BFDI series, he is shown to be quite a rude character. In Battle for BFDI, his personality is changed to less violent. He doesn't like when somebody shows weakness and failure. The BFDI cartoon cursor with Blocky. 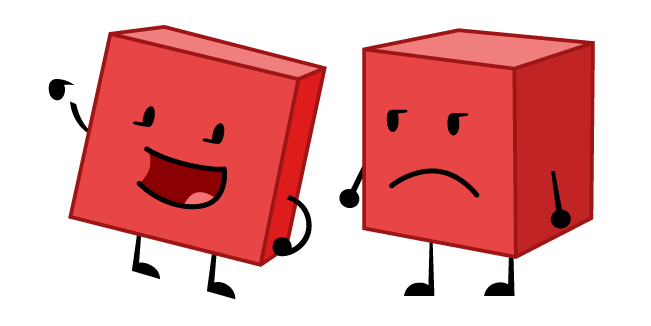